Phylogenies, hypotheses of evolutionary relationships, has during the last 20 years emerged as one of the powerful concepts ever in life-sciences, with regard to their explanatory power.

One of the greatest advantages of phylogenies as compared to the older synoptical arrangements, is that it enables also a predictive perspective. This option originates from the properties of the phylogeny itself - as the groupings observed are formed by shared, derived, characters these allow themselves to be interpreted from the tree.

Although the overwhelming majority of phylogenetic hypotheses suggested today have their basis in molecular data such as vast stretches of nucleotide sequence data, virtually any type of hierarchically structured data can be used - such as e.g. biosynthesis schemes, chemographic, or even ecological data.

In 2001 Oprea and Gottfries suggested the term chemography, in resemblance to geography, as the art of navigating in chemical space. The concept chemical space is often used instead of multi-dimensional descriptor space. Navigation in chemical space could be compared to making a real space trip, but without a rocket. In chemical space stars and planets constitute of chemical compounds positioned based on their properties, where similar compounds are grouped together.

We have therefore developing an expanded chemical space map tuned for natural products research - http://chemgps.bmc.uu.se. The chemical compounds in Nature are very diverse and many times extremely complex and different from "normal" drug-like compounds. Therefore ChemGPS-NP will have core structures with a focus on natural products and even more extreme satellites than the original ChemGPS. This is to ensure that the natural products under study do not end up as outliers when predicted with the model. 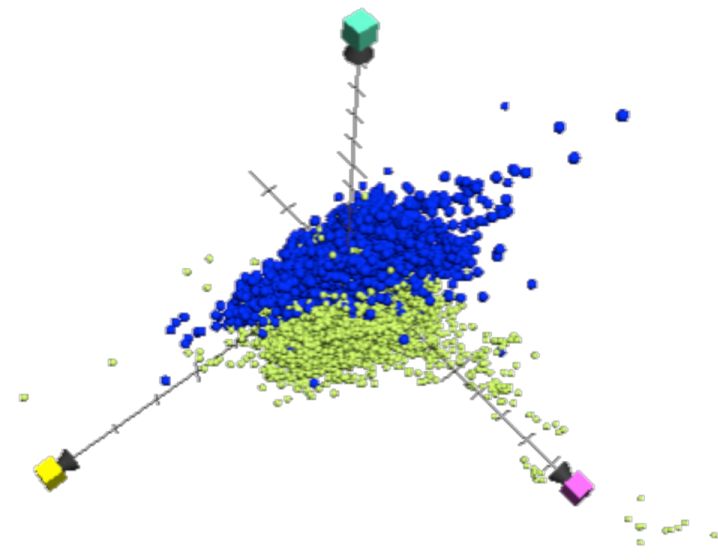 These are some aspect of what we attempt to explore and utilize in the selection of study objects in search for bioactive compounds, their origins, evolution, and distribution.