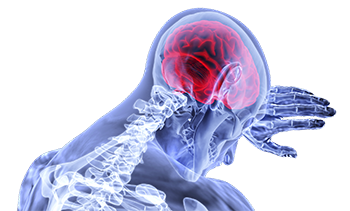 epigenetic mechanisms. We conduct epigenome-wide analysis of DNA methylation in blood and brain samples collected at different developmental stages and from alcohol dependent subjects. Loci associated with phenotypic traits are considered as candidate biomarkers for alcohol dependence. Mechanisms underlying these associations are in focus as putative therapeutic targets for the treatment of alcohol dependence.

Much of our knowledge about functions of genes in human brain has come from analysis of human mutations. Such mutations represent entry points into novel signaling pathways and molecular mechanisms. We have identified missense mutations in the human prodynorphin gene (PDYN) coding for a precursor to opioid peptides dynorphins. These mutations cause profound neurodegeneration in the brain underlying the development of subtype of spinocerebellar ataxia, a dominantly inherited neurodegenerative disorder. Remarkably, seven out of eight mutations are located in dynorphins, which also have non-opioid neurodegenerative activities. This is the first finding on neuropeptide mutations underlying human neuropathology. The best-established function of the dynorphins in the brain is regulation of the anti-reward system by inducing dysphoria that counterbalances positive hedonic effects of endorphins and enkephalins, and addictive substances. Analysis of PDYN mutations could uncover novel mechanisms of anti-reward - reward regulation that are generally unknown.